Presenting the digital version of Class Notes for Spring 2022. Brooklyn Law Notes, in its print format, will resume in November 2022 and will include the latest Class Notes too.

Carl Steinhouse has authored his 14th book, The War Under the Waves, about the World War II battle against German U-boats fought initially by Britain and then the United States, to ultimately defeat Hitler. 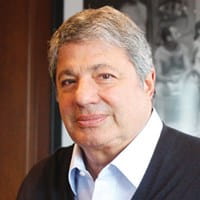 Gerald Lefcourt was included in the 2022 Law Power 100 by City & State. Lefcourt is the president of Gerald B. Lefcourt, PC.

Alan Pearl was honored by the Florida Bar Association for being a senior counselor in good standing for 50 years.

Lawrence Smith was honored by the Florida Bar Association for being a member in good standing for 50 years.

Gene Laks, who specializes in health care law for Barclay Damon, will be listed in the 2023 edition of The Best Lawyers in America.

William Berger was honored by the Florida Bar Association for being a member in good standing for 50 years.

David Louis Cohen was elected chair of the Criminal Justice Section of the New York State Bar Association. Cohen maintains a private criminal defense practice and serves on the Board of Prisoners Legal Services and Queens Legal Services.

Steven Rosen was honored by the Florida Bar Association for being a member in good standing for 50 years.

Samuel Weiss Samuel Weiss was honored by the Florida Bar Association for being a member in good standing for 50 years.

David Connolly joined Taylor Connolly as of counsel. Connolly is also the principal attorney at the Connolly Group.

Joseph S. Karp was named a 2021 “Super Lawyer” for the 13th consecutive year by Thomson Reuters. Karp is the founder of The Karp Law Firm.

Michael Sackheim retired after 30 years with Sidley Austin. Sackheim is also the author of Mask Murder, a mystery and political thriller that delves into the world of violent right-wing extremists and militias.

Jeffrey Citron was included in the 2022 Law Power 100 by City & State. Citron is co-managing partner at Davidoff Hutcher & Citron.

Vincent Pitta was included in the 2022 Law Power 100 by City & State. Pitta is the chair and managing partner at Pitta LLP.

Ever wonder what's going on with your former classmates? Welcome to Class Notes online where you can stay abreast of the latest professional activities and other important milestones in your classmates' lives. Visit often, as we are frequently updating the site, with information compiled from alumni, including news published in local and national media.

Marvin I.C. Siegfried retired after over 34 years of working for the New York City Department of Education. Siegfried will continue teaching as an adjunct at Kingsborough Community College.

Louis J. Testa was awarded the 2021 Louis J. Lefkowitz Award, which recognizes excellence in the practice of law by attorneys of the New York State Attorney General, for his work in the field of bankruptcy law as a member of the Attorney General’s Opioid Litigation Team.

David Cohen was named a 2022 “Lawyer of the Year” by Best Lawyers in America in the area of real estate law. Cohen is a partner at Moritt Hock & Hamroff.

Bruce Feffer joined Scarinci Hollenbeck as a partner in its commercial real estate practice group. Feffer was previously a partner at Mandelbaum Salsburg.

Scott Thompson joined Chill Brands Group board of directors as an independent, non-executive director. Thompson is a partner at Lippes Mathias.

David Wander joined Tarter Krinsky & Drogin as a partner in its bankruptcy and corporate restructuring practice group. Wander was previously a partner at Davidoff Hutcher & Citron.

RoseAnn Branda was appointed by Mayor Eric Adams to the Mayor’s Advisory Committee on the Judiciary. Branda is an executive partner and co-director at Abrams Fensterman in its family and matrimonial law practice group.

Eleni Coffinas was named “New Yorker of the Week” by amNewYork for her efforts as an attorney. Coffinas is a partner at Sullivan Papain Block McGrath Coffinas & Cannavo.

Connie Mallafre Melendez was sworn in as a justice of the New York State Supreme Court. Melendez is the first Cuban-born Supreme Court judge in New York.

Paul Monte was included in the 2022 50 over 50 by City & State. Monte is co-managing partner at Peckar & Abramson.

Sherri Steiner-Stewart was promoted at Cook & James and will now supervise the New York team. She focuses her practice in the area of real estate law. 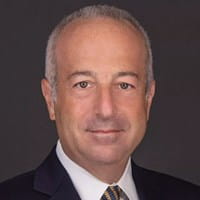 Andrew Finklestein wrote I Hope We Never Meet: Client Stories of Tragedy, Recovery, and Accountability From a Life in Deterrence Law. The book tells nine stories of how his clients pursued holding wrongdoers accountable through the civil justice system.

Frank Napolitano was named chief administrative officer of the Archdiocese of New York.

Hemalee J. Patel was included in the 2022 Law Power 100 by City & State. Patel is general counsel for the New York City Board of Elections.

Alan Rubenstein was named a 2022 “Lawyer of the Year” by Best Lawyers in America in the area of family law. Rubenstein is counsel at FLB Law.

David M. Grill was included in the Best Lawyers in America 2022 “Ones to Watch” in the area of construction law. Grill is a partner at Rivkin Radler.

Matthew Rowland released his first historically-based novel, Fireball. Although officially retired, Rowland splits his time between writing and working as a criminal justice and management consultant.

Frank Carone is the chief of staff for New York City Mayor Eric Adams. He was previously an executive partner at Abrams Fensterman.

Scott Richman joined the Anti-Defamation League as director of its New York and New Jersey regional office. Richman was previously a regional director at the American Jewish Committee Westchester/Fairfield.

Daniel S. Rubin joined Farrell Fritz as a partner in its trusts & probate and probate litigation practice groups. Rubin was previously a partner at Moses & Singer.

Joseph Brasile joined Faegre Drinker as a partner in its real estate practice group. Brasile was previously a partner at Pryor Cashman.

Joseph Patella was in the 2021 High Net Worth Guide by Chambers and Partners as one of the top attorneys nationwide in the art and cultural property law category. Patella is a partner at Hunton Andrews Kurth.

Rob Acton was named to the Big Path Capital MO 100 Top Impact CEO Ranking, which honors the 100 most impactful leaders sparking positive environmental and social change. Acton is the founder and CEO of Cause Strategy Partners.

Jason Cohen joined Portage Point Partners as its managing director and head of investment banking. Cohen was previously co-head of the restructuring practice group at Lazard. 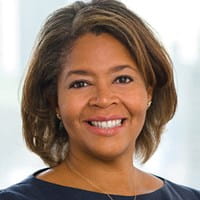 Melique Jones joined the Lincoln Center for the Performing Arts as its chief people officer. Jones was previously the chief talent pipeline and diversity, equity & inclusion officer at Skadden, Arps, Slate, Meagher & Flom. She is also a member of the Brooklyn Law School Board of Trustees.

Kalman Magyar released a self-help memoir, titled Put Your Pants On and Get to Work - Ten Principles for Zestful Living.

David R. Ehrlich was promoted to equity partner at Stagg Wabnik Law Group. Ehrlich concentrates his practice in the areas of labor and employment law.

Craig Price was appointed co-chair of the transactional practice group at Belkin Burden Goldman. Price is a partner at the same firm and has worked there since 2004.

Sharon Watts Williams joined Ulster County as its director of employment and training. Williams was previously Hudson Valley AGAPE director at the Adoptive and Foster Family Coalition of New York.

Jeffrey Schulman was elected managing partner at the insurance recovery law firm, Pasich. Schulman has been with Pasich since 2017.

Anta Cissé-Green was included in the 2022 Law Power 100 by City & State. Cissé-Green is the president of the Metropolitan Black Bar Association.

Seth Liebenstein joined Seyfarth Shaw as a partner in its real estate practice group. Liebenstein was previously of counsel at Blank Rome.

Katherine McGrail founded McGrail Law, specializing in financial services law. She was previously managing partner at Murphy & McGonigle and had been with the firm since 2012.

Joshua Selig was recognized by Thomson Reuters as a 2021 Washington State “Super Lawyer” in the area of business litigation. Selig is a partner at Byrnes Keller Cromwell.

Timothy Sini became the president-elect of the District Attorneys Association of the State of New York. Sini is a partner at Nixon Peabody in its white-collar practice group.

Steven J. Auletta was recognized by Super Lawyers as a 2022 “Upstate New York Rising Star” in civil litigation-defense. Auletta is an associate at Rivkin Radler in its general liability practice group.

Lee Jacobs was promoted to managing partner at Helbraun Levey. Jacobs has been with the firm since 2016 and is an adjunct associate professor of law at Brooklyn Law School.

David Kronenberg joined Blank Rome as a partner in its finance, restructuring, and bankruptcy practice group. Kronenberg was previously of counsel at Sidley Austin.

Jason Zakai was promoted to partner at Hiller. Zakai focuses his practice on commercial litigation, business and partnership disputes, condominium disputes, and land-use, preservation and zoning law, including Article 78 proceedings.

Tamar Kaplan-Marans was promoted to partner at WilmerHale in its securities litigation and enforcement group.

Marissa Lefland was promoted to partner at Condon & Forsyth. Lefland focuses her practice on aviation law.

Daniel Isaacs was promoted to partner at Morrison Cohen in its business litigation practice group.

Justin Mayer was promoted to legal senior director at PepsiCo. Prior to working at PepsiCo, Mayer was an associate at Morrison & Foerster.

Daniel Michaelson was promoted to partner at Kramer Levin in its securities practice group.

Danielle Moss joined Gibson, Dunn & Crutcher as a partner in its labor and employment practice group. Moss was previously a senior associate at Proskauer Rose.

Vito Pitta was included in the 2022 Law Power 100 by City & State. Pitta is a co-managing partner at Pitta LLP.

Carmela Romeo was promoted to partner at Arnold & Porter. Romeo's practice focuses on the area of complex commercial litigation

Rachel E. Brennan was promoted to of counsel at Sills Cummis & Gross. Brennan focuses her practice on complex corporate restructurings.

Gregory S. Sparer was recognized by Super Lawyers as a 2021 “New York Rising Star” in securities litigation. Sparer was promoted to partner at Bressler, Amery & Ross on January 1, 2022.

Julienne Verdi was named the executive director of the Alliance for Headache Disorders Advocacy, an organization committed to advocating for equitable policies for those living with headache disorders. Verdi is the principal attorney at J. Verdi Law.

Evelyn D’Angelo was promoted to partner at the real estate law firm, Starr Associates. D’Angelo has been with the firm since 2013.

Naheem Harris was promoted to counsel at Vinson & Elkins in its real estate practice group.

Jeff Lowell joined the New York City Office of the Chief Counsel to the Mayor and City Hall as associate counsel. Lowell previously served as the policy director for the Office of the Brooklyn Borough President.

Max Borg joined Burns & Levinson as a partner in its cannabis business and law advisory practice group. Borg was previously an associate at Feuerstein Kulick.

Alexandra Velella joined Goldberg Segalla as an associate in its workers’ compensation practice group. Velella was previously an associate at Schwab & Gasparini.

Ashley Vicere was promoted to partner at Foran Glennon. Vicere focuses her practice on first-party property coverage and commercial litigation.