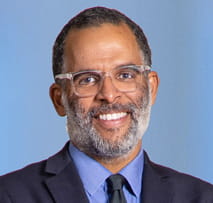 Steven Dean has been a professor at Brooklyn Law School since 2004. His work focuses on the causes and consequences of inequality both domestically and globally, with a particular focus on tax policy and an emphasis on anti-Black racism.

In addition to law review articles and essays in journals such as the NYU Law Review and the Emory Law Journal, Dean has written for a range of publications including The Nation. In his forthcoming book Global Jim Crow: Taxation and Racial Capitalism (Oxford University Press 2023) Dean explains how racial bias helped create and continues to sustain a global tax system that favors wealthy states. He has coauthored three books with other Brooklyn Law professors: For-Profit Philanthropy (Oxford University Press forthcoming) and Social Enterprise Law: Trust, Public Benefit and Capital Markets (Oxford University Press 2017) with Dana Brakman Reiser and Federal Taxation of Corporations and Corporate Transactions (Aspen Publishers 2018) with Brad Borden. He hosted the podcast The Tax Maven. He has testified before the U.S House Ways and Means Committee and been a consultant to the Organization for Economic Cooperation and Development.