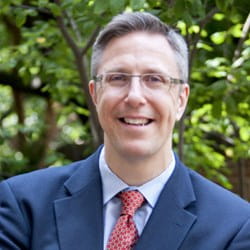 Frank Pasquale is an expert on the law of artificial intelligence (AI), algorithms, and machine learning. He currently serves on the U.S. National Artificial Intelligence Advisory Committee (NAIAC), which advises the President and the National AI Initiative Office at the Department of Commerce. Before coming to Brooklyn Law, he was Piper & Marbury Professor of Law at the University of Maryland, and Schering-Plough Professor of Health Care Regulation & Enforcement at Seton Hall University. He clerked for Judge Kermit V. Lipez of the First Circuit Court of Appeals, and was an associate at Arnold & Porter in Washington, D.C.

Pasquale’s 2015 book, The Black Box Society: The Secret Algorithms That Control Money and Information (Harvard University Press), has been recognized as a landmark study in information law. It is cited in fields ranging from law and computer science to sociology and literature. The book develops a social theory of reputation, search, and finance, while promoting pragmatic reforms to improve the information economy. The journal Big Data & Society hosted an interdisciplinary symposium on The Black Box Society in 2020, to mark the fifth anniversary of the book’s publication.

Pasquale’s latest book, New Laws of Robotics: Defending Human Expertise in the Age of AI (Harvard University Press, 2020) analyzes the law and policy influencing the adoption of AI in varied professional fields. The book was a finalist for the American Association of Publishers PROSE awards (in the legal studies and criminology category). It attracted favorable notices from Wired and the Financial Times. Pasquale has also co-edited The Oxford Handbook of Ethics of AI (Oxford University Press, 2020), has edited or co-edited three other books, and co-authored a casebook on administrative law.

Pasquale is an internationally recognized and prolific scholar whose work has addressed the regulation of technology in several contexts. His widely cited research has been featured in top law reviews, and he has advised business and government leaders in the healthcare, Internet, and finance sectors, including the U.S. Department of Health and Human Services, the U.S. House Judiciary and Energy & Commerce Committees, the Senate Banking Committee, the Federal Trade Commission, and directorates-general of the European Commission. He also has advised officials in Canada and the United Kingdom on law and technology policy. He served on the Council for Big Data, Ethics, and Society from 2014-16, and the National Committee on Vital and Health Statistics from 2019-2021, where he chaired the Subcommittee on Privacy, Confidentiality, and Security.

Pasquale’s work on “algorithmic accountability” has helped bring the insights and demands of social justice movements to AI law and policy. In media and communication studies, he has developed a comprehensive legal analysis of barriers to, and opportunities for, regulation of Internet platforms. In privacy law and surveillance, his work is among the leading legal research on regulation of algorithmic ranking, scoring, and sorting systems, including credit scoring and threat scoring. In health law, he has written a series of articles addressing both technological and financial challenges to U.S. healthcare institutions, focusing on how regulators can help providers improve outcomes.

Pasquale is an Affiliate Fellow at Yale University’s Information Society Project, and a member of the American Law Institute. He is co-editor-in-chief of the Journal of Cross-Disciplinary Research in Computational Law (CRCL), based in the Netherlands, and a member of the Australian Research Council (ARC) Centre of Excellence on Automated Decision-Making & Society (ADM+S).