The Brooklyn Law School Alumni Dinner brings together leaders in our legal community as we celebrate the distinguished careers of our honorees. Please join us to reconnect with friends, classmates, and colleagues.

Alumnus of the Year 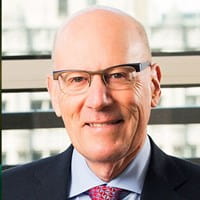 Over his 50-plus years of practice, Bernie has cultivated an unsurpassed understanding of the state attorneys general (AG) world and is credited with having invented the state AG practice area. He founded and leads the top practice in the United States devoted exclusively to defending clients in AG investigations and litigations, resolving state AG disputes, and counseling clients on successfully navigating and managing AG scrutiny and oversight. Clients come to Bernie when their company’s reputation, market position, and very existence are on the line. He represents some of the largest companies in the world across a wide range of industries, including financial services, telecommunications, technology, software, retail, energy, automotive, pharmaceuticals, and agriculture.

Bernie has vast experience handling large mergers with antitrust implications, significant single-state AG actions, and large multi-state actions. His no-nonsense, reality-based perspective, together with his decades-long relationships with individual AGs and their staffs, allows Bernie to approach problems creatively and negotiate (or litigate) to achieve the best possible outcomes for his clients. Bernie is the co-editor of Cozen O’Connor’s State AG Report blog and co-host of State AG Pulse, the go-to podcast on state AGs.

Before founding his own firm, Blum & Nash, in 1977, Bernie served as Special Counsel to the U.S. Securities and Exchange Commission in Washington, D.C., and as Counsel to the U.S. Senate Subcommittee on Antitrust and Monopoly, where he was the drafter and architect of the Hart-Scott-Rodino Antitrust Improvements Act of 1976 (also known as the Nash Act). 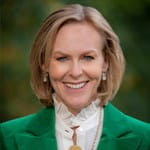 Debbie runs the DEH Speaker Series, hosting programming with thought leaders that draws hundreds to 1,000-plus participants per quarter. She also hosts the podcast Inspiration Loves Company, exploring how to do and be better at life, work, and everything in-between. She wrote two best-selling books, Law & Reorder (author) and Finding Bliss (co-author), and she conceived of and co-ran the Best Law Firms for Women initiative for a decade.

Debbie built a national network of 10,000-plus lawyers and co-founded Bliss Lawyers. Nine years later, she co-facilitated the successful acquisition of Bliss by its largest competitor, Axiom, the global leader in high-caliber, on-demand legal talent.

Debbie is the co-founder and chair of Brooklyn Law School's Women’s Leadership Circle, which runs the Women’s Leadership Network, a national women’s law student and alumnae initiative. She is also the immediate past president of The Forum of Executive Women, a membership organization of the top 600 women in business in the greater Philadelphia region. 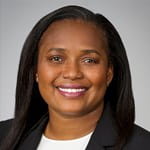 In addition to her banking and finance practice, Aubria maintains a robust pro bono practice where she primarily focuses on immigration, human trafficking survivor rights and individual rights cases, and has managed long-term litigation research projects to support the Women’s Law Committee and Washington Lawyers’ Committee for Civil Rights and Urban Affairs. She is also a member of the American Bar Association and the Women’s Bar Association of the State of New York and has been an active member of the Brooklyn Tabernacle Church for 13 years.

Aubria continues to be an active alumna, providing knowledge and resources to formal and informal mentees and served as one of the debt financing commentators in the Brooklyn Law School Business Boot Camp. During her time at Brooklyn Law School, Aubria was an Edward V. Sparer Public Interest Law fellow and Martin Luther King Junior Scholar. She also served on Appellate Moot Court and the Brooklyn Journal of Corporate, Financial and Commercial Law.

Before earning her J.D. from Brooklyn Law School in 2019, Aubria received a B.A. in English and Chemistry and an M.A. in Medieval Studies from CUNY Brooklyn College and an M.A. in Non-profit Management and Finance from Regent University.

We appreciate your consideration of the following sponsorship opportunities for the Alumni Dinner:


All proceeds from the event will support the Annual Fund for students at Brooklyn Law School.

Please respond by Monday, March 6. Learn more about our Sponsorship Opportunities and Benefits.

Register for the event below.


For more information about sponsorship opportunities, or to register by phone, please contact Sarah Gowrie at the Office of Alumni Engagement at (718) 780-0319 , or at sarah.gowrie@brooklaw.edu.

We hope you will join us!