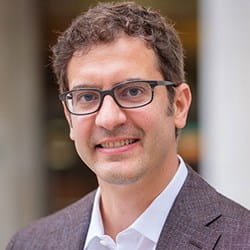 Andrew Gold is professor of law at Brooklyn Law School and is associate director of the Center for the Study of Business Law and Regulation, and director of its Program on Private Law. He teaches corporations and torts, as well as seminars in tort theory and fiduciary law.

Professor Gold previously was the Bruce W. Nichols Visiting Professor at Harvard Law School; an HLA Hart Visiting Fellow at the University of Oxford; and a Fulbright Visiting Research Chair at McGill University. He is a co-founder of the North American Workshop on Private Law Theory and is a member of the American Law Institute.