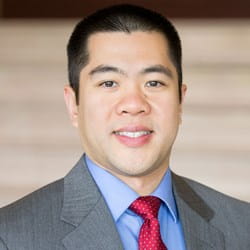 Before joining Brooklyn Law, Professor Jim spent four years at Albany Law School, where he taught legal communication and research as well as criminal justice courses. The 2021 graduating class awarded him the Friend of the Class Award. And in 2020, the Moot Court Board awarded him the Justina Cintron Perino award for service and dedication to the moot court program.

Professor Jim has also served an associate attorney at Bond, Schoeneck & King, PLLC, where he practiced commercial, tort, and estate litigation. Immediately after law school, Professor Jim completed a judicial clerkship with the Honorable Neal P. McCurn of the U.S. District Court for the Northern District of New York.

Professor Jim is a graduate of the Syracuse University College of Law, where he was the Form and Accuracy Editor of the Syracuse Law Review. His student note, “Over-Kill”: The Ramifications of Applying New York’s Anti-Terrorism Statute Too Broadly, 60 Syracuse L. Rev. 639 (2010), was cited by the Appellate Division of the New York State Supreme Court in People v. Morales, 86 A.D.3d 147, 924 N.Y.S.2d 62 (1st Dept.-App. Div. 2011).

After earning a bachelor’s degree in political science and a master’s in public administration from American University, Professor Jim served as an aide to former U.S. Congressman Jim Turner and a researcher at the National Academy of Public Administration.